Ray Cutright of Macon, Ga., is the Director of Golf at Idle Hour Club in Macon, and is a professional and dedicated teacher in golf. He has made outstanding contributions to the game, and for that was inducted into the Georgia Golf Hall of Fame's Class of 2015.

Born in Syracuse, New York, Cutright attended Auburn University from 1969 to 1972, and after graduation, moved to Georgia and began his career first as an assistant golf professional at Brookfield Country Club in Roswell. After serving as an assistant for five years, Cutright took on the role of Head Golf Professional at Toccoa Golf Club in Toccoa, Ga. Less than one year later, he made the move to Macon, Ga., where he held dual roles as General Manager and Head Golf Professional at Riverside Country Club, where he stayed from 1976 to 1982.

Cutright is a Subject Matter Expert and is an original staff member of the Golf Professional Training Program, who has taught more than 50 workshops and seminars for the PGA, its Sections and Chapters since 1979.

Cutright has been recognized for his contributions to the game of golf with many distinctions and honors, including the 2014 PGA of America Professional of the Year. Other recognitions include the PGA Georgia Section's President's Award (2011), Bill Strausberg Award (2008), Horton Smith Award (1981, 1989, 2002, 2003), Merchandiser of the Year-Private (1999) and Professional of the Year (1992, 1997). He was inducted into the Georgia Sports Hall of Fame in 2009 and was National PING Club Fitter of the Year in 2005.

Cutright owns his own business, Cutright Classic, and is a successful writer, inking a number of pieces for various golf industry outlets, including Golf Industry Magazine, Golfweek Magazine, Macon Telegraph, among others. 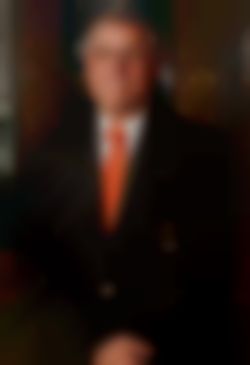