Oscar Bane “Pop” Keeler was born on June 4, 1882, and spent most of his boyhood in Marietta, Ga.  He was one of those wonderful characters of old-time newspapering who have become all too scarce in present-day journalism.  He was a veteran Atlanta Journal sports staffer, covering more than 80 major golf tournaments of national and international importance.  He won national recognition and fame as a writer and authority on golf.  But, most importantly to the Georgia Golf Hall of Fame,  Keeler chronicled every tournament stroke ever played by the legendary Bobby Jones.  He saw Bobby Jones – just 14 years old – win his first big tournament, the Georgia Amateur in 1916.  Soon after, the two became close companions.  He traveled 150,000 miles with Jones and is the only man to witness all of Jones’ 13 major championship wins – most notably the grand slam victories of 1930.  A unique individual, he was one of the best-known and liked of all the newspapermen in the business.  Keeler passed away on October 15, 1950, at the age of 68. 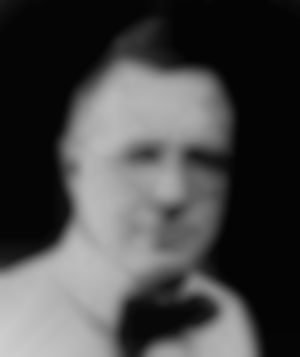