Gene McClure of Atlanta, Ga., is a lifelong contributor to the game of golf and has demonstrated an excellence in his knowledge, passion and volunteerism for the good of the game. He belongs to the Georgia Golf Hall of Fame's Class of 2015.

Born in Macon, Ga., McClure attended Lanier High School for Boys before studying law at Emory University, where he earned his Juris Doctorate in 1970 from the School of Law. Before earning his law degree, McClure joined the United States Air Force and served as Captain from 1963 to 1967. While enlisted, he was an Accounting and Finance Officer, responsible for all financial matters supporting the Strategic Air Command bomber refueling and missile defense bases. He also supervised base recreational and club facilities and competed in Strategic Air Command golf tournaments, conducted by the Air Force in the U.S. and Canada. He was awarded the U.S. Air Force Commendation Medal for Outstanding Achievement.

McClure's dedication to the game of golf is evident in his longstanding volunteer work both with the Georgia State Golf Association and the United States Golf Association. He served as President of the GSGA from 1996 to 1997, and is a past member of many committees, including the Executive Committee, Nominating Committee, Communications Committee and a past chairman of the Championship Committee. His work with the GSGA caught the attention of the USGA, where McClure first joined its Regional Affairs Committee in 1992 and has been involved with the national organization ever since.

From 2008 to 2012, McClure served as a member of the USGA's Executive Committee, where his knowledge benefitted the GHIN, Mid-Amateur and Regional Affairs Committees. Over the past two decades, McClure has been a rules official at many USGA national championships and qualifiers, as well as many collegiate and state championships. As a USGA Rules of Golf Committee member, McClure has served as a rules official and referee at more than 100 USGA national championships. He was co-chairman of the 2005 U.S. Women's Amateur Championship when it was held at Ansley Golf Club in Roswell, Ga. McClure is an instructor in Rules of Golf for PGA-USGA Workshops.

McClure is a Trustee with the Jones Foundation at the Atlanta Athletic Club. He serves on the Executive Committee of the Atlanta History Center's permanent exhibit, "Down the Fairway with Bobby Jones," and was a historical consultant to its 2005 traveling exhibit and video, "Quest for the Grand Slam."

In 2008, McClure was the recipient of the Joe Dey Award, given by the USGA for his service to the world of golf as a volunteer.

A practicing lawyer in both Atlanta and Washington, D.C., McClure and his wife, Sharon, reside in Atlanta and have three children - Meredith, Holly and Devon. 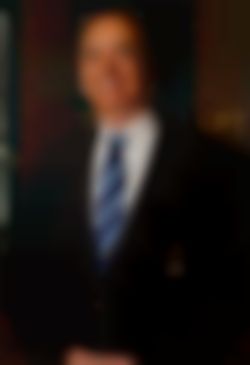