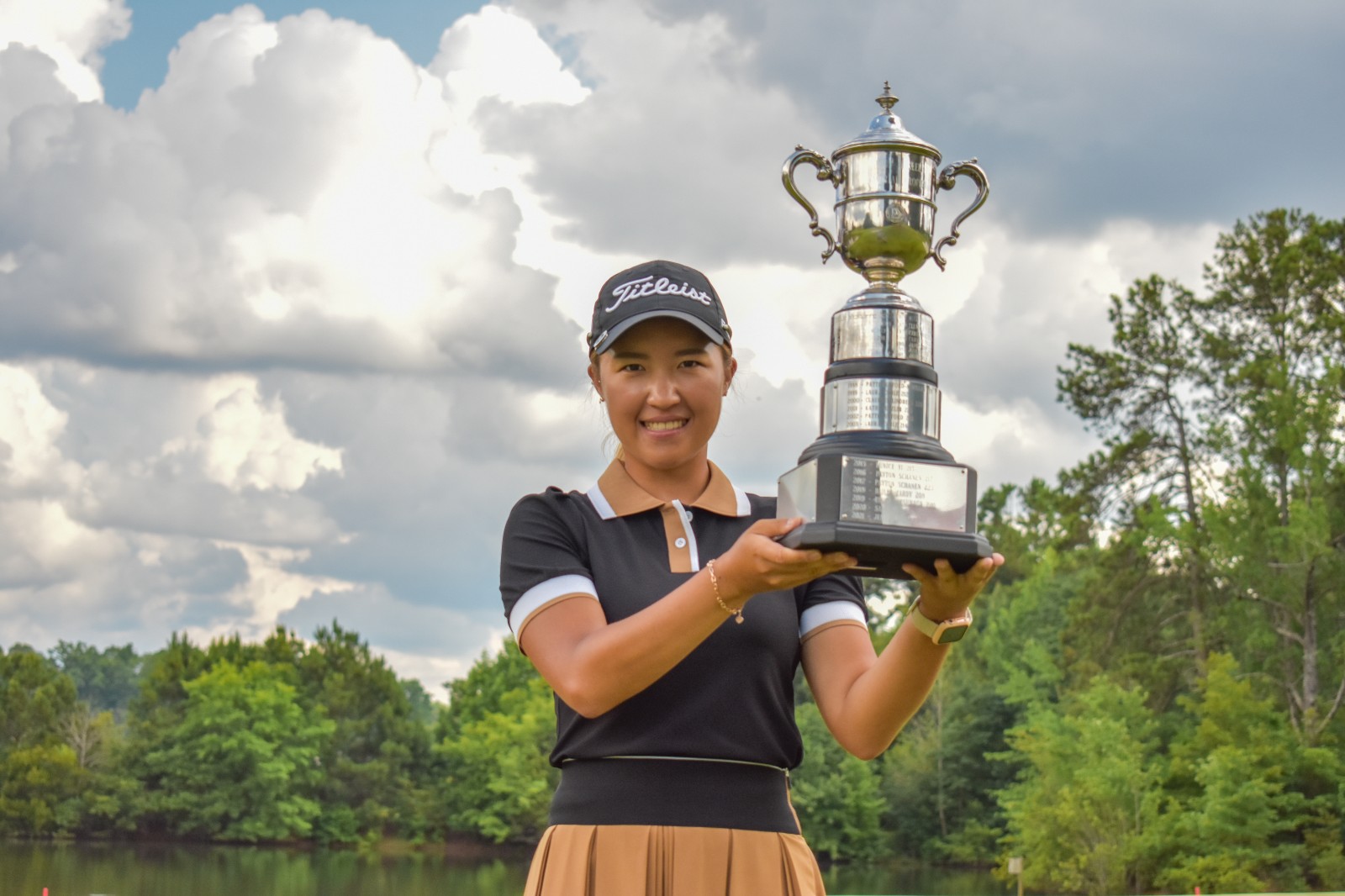 Kang took advantage of a struggling Owens on the front nine. She made a birdie on the third hole, a bogey on the sixth and a birdie on the eighth to turn at 1-under on the day. Meanwhile Owens, a two-time winner of the Georgia Top 60 Women's Classic, turned at 5-over. She made birdie on the ninth hole in what would lead to some positive momentum on the back nine.

With the lead now in the hands of Kang, Owens put the pressure on early on the back nine going 4-under over five holes (birdie on 11; eagle on 13, birdie on 14). Over the same stretch of holes Kang made birdie on 13. Kang was ahead by two strokes with two holes left to play. A bogey five on the 17th hole for Kang dipped her advantage to a single stroke with the par 5 18th between her and the finish line.

Kang made birdie on the 18th hole, but not without Owens sinking an eagle putt of her own to tie Kang at the end of regulation. The two competitors returned to the 18th tee to begin a playoff. Matching each others pars and birdies, four extra holes were needed before Kang earned the championship title and would hoist the Eleanor M. Keeler Memorial Trophy.

Kang just finished her freshman year at Truett McConnell University in Cleveland, Ga., where she set numerous records. Not only did she win the 2022 Women's Golf NAIA National Championship, Kang was named both the NAIA Player and Freshman of the Year.

Eligibility
Entries were open to female amateur golfers who belong to a GSGA Member Club and are residents of Georgia.