Nancy Lopez was born in Torrance, Calif., in 1957.  At the age of 12, she won the New Mexico Women’s Amateur.  In the following years as an amateur, she won the U.S.  Girls’ Junior Championship twice, the Western Junior three times, the Mexican Amateur once, and was a member of the U.S.  Curtis Cup and World Amateur teams.  Lopez began her professional career in 1977.  The following year, she won nine tournaments – including a record-setting five in a row.  Including three LPGA Championships, she has won 48 official tournaments on the LPGA Tour.  Lopez has won nine LPGA Awards, including Rookie of the Year, Player of the Year four times, the Vare Trophy three times, and the William and Mousie Powell Award.  Other major honors include induction into the LPGA Hall of Fame, the World Golf Hall of Fame, the USGA Bob Jones Award, the William D.  Richardson Award from the GWAA, and the GCSAA Old Tom Morris Award.  She also served as captain for the U.S. Solheim Cup team in 2005. 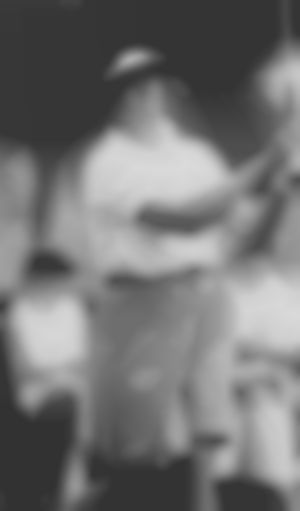