Leo Beckmann was born in Savannah, Ga., on July 11, 1918.  He began his professional golf career at age 17 when he took an assistant pro position at Bacon Park Golf Course.  He became the head professional at the Mary Calder Course in 1945.  In 1949, Beckmann became the head professional at Peachtree Golf Club in Atlanta.  But in 1953, the Mary Calder course beckoned once again, and he returned to serve there for the next 31 years.  A Half Century Member of the PGA, Beckmann served as president of the Southeastern PGA in 1952-53 and was named Georgia PGA Professional of the Year for 1974.  He was a member of the Ryder Cup Committee on four occasions and accompanied the team to England in 1961,’65 and ‘69.  Beckmann served as the announcer on the ninth and 18th greens of the Masters Tournament for 34 years.  Beckmann passed away in  October 2004 at the age of 86. 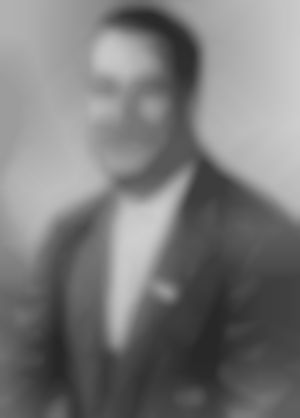