Frank X.  Mulherin, Jr. was born in Augusta, Ga., on March 20, 1915.  He was nicknamed by fellow golfers as “the Mule.” Mulherin’s career victories include two Georgia Amateur Championships -- one in 1937 and another in 1965.  That feat made him the oldest winner in Championship history (age 50), and the champion with the most years between victories (28).  He was also a runner-up in the Georgia Amateur three times.  In addition to an impressive amateur record, Mulherin was active in the local and state golf communities.  He was a member of the Augusta Country Club and Augusta National Golf Club and served on the GSGA Board of Directors.  Mulherin also supported the golf program at Augusta State University and was a founding member of the Augusta Golf Association, an organization committed to promoting junior golf.  Mulherin died on March 24, 1979, at the age of 64.  The 1980 Georgia Amateur at Augusta’s West Lake Country Club honored Mulherin by dedicating the tournament to his memory. 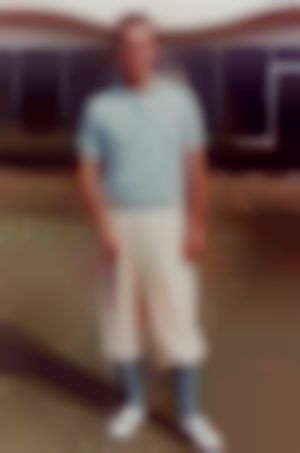