Clifford Roberts was born in Iowa on March 6, 1894, and came to Augusta in the 1920s.  There he developed a friendship with Bobby Jones, and co-founded the Augusta National Golf Club.  Roberts was associated with the club over a period of almost 50 years, overseeing the inception and construction of the golf course.  He chaired the Club from 1931-76, and chaired the Masters Tournament from 1934-76.  During this time, he remained true to the fundamentals and the spirit of golf, insisting that the game be preserved as it was and as it remains.  Roberts fostered the development of Bobby Jones’ history through interviews, advice and the instructions of Jones himself.  In 1976, Roberts authored “The Story of the Augusta National Golf Club.”  He served on the PGA Advisory Committee from its 1943 inception until his death in 1977.  He was made an honorary member of the Golf Writers Association of America in 1976, and was forever enshrined in the World of Golf Hall of Fame in 1978.  He died on September 29, 1977 at the age of 83. 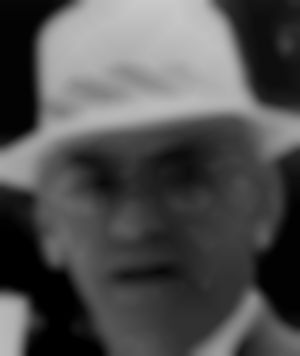