Robert Tyre Jones, Jr.  was born in Atlanta, Ga., on March 17, 1902.  He graduated from Georgia Tech and Harvard University.  From 1923-30, he won 13 national golf titles: four U.S. Opens, five U.S. Amateurs, three British Opens and one British Amateur.  In 1930, at age 28, he scored the Grand Slam of Golf by winning the U.S. Amateur, the U.S. Open, the British Amateur and the British Open.  This master stylist’s grace and ability brought publicity and honor to his state and his nation.  He was made burgess of the town of St.  Andrews, Scotland, sharing this title with only one other American: Benjamin Franklin.  In 1933, Jones co-founded the Augusta National Golf Club, and established the prestigious Masters Tournament there in 1934.  He was golf’s greatest ambassador and is generally honored as its greatest competitor.  Jones died in 1971 at the age of 69. 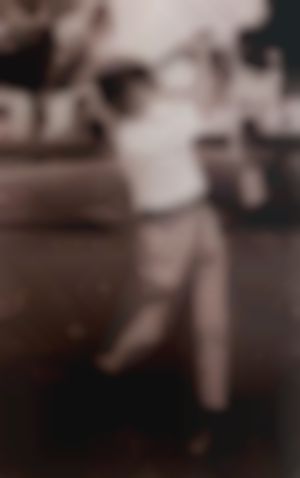 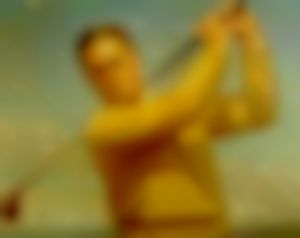