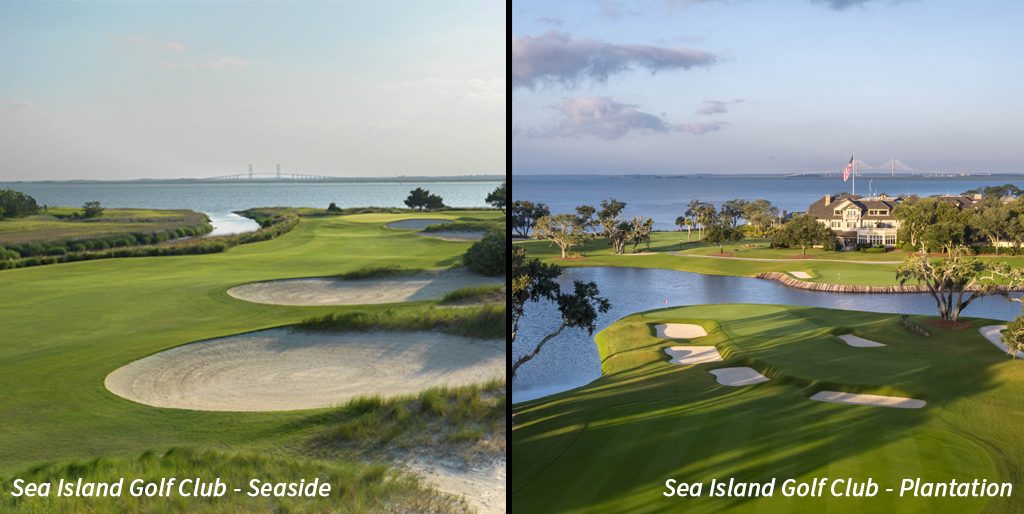 “The GSGA is thrilled to enter into a long range agreement with Sea Island Golf Club to bring some of the state's premier championships to the Golden Isles region, culminating with the 107th Georgia Amateur Championship in 2028 to celebrate the 100th birthday of Sea Island. The incredible facility, picturesque setting and first class hospitality are standards that are hard to achieve and Sea Island excels across the board. It will be an absolute pleasure to continue to strengthen the bond between the club, the GSGA and amateur golf over the next decade."
- Jeff Fages, Senior Director of Rules and Competitions, GSGA

The dedication to golf at Sea Island Golf Club began in 1928, with the development of four 9-hole courses. In 1998, the resort began a significant golf redesign, resulting in the 18-hole Plantation Course by Rees Jones, followed by the 18-hole Seaside Course by Tom Fazio in 1999, and finally the 18-hole Retreat Course in 2001 by Davis and Mark Love. Davis and Mark redesigned the Plantation Course in 2019, the same year that the resort opened the all-new, 17,000 square-foot Golf Performance Center, with the latest cutting-edge technology, exceptional facilities and instruction, and the 18-hole Speedway Putting Course.

The club has hosted the Southeastern Conference Championship each year since 2001, and since 2010 has welcomed the world's best at the RSM Classic, a PGA TOUR FedEx Cup event.