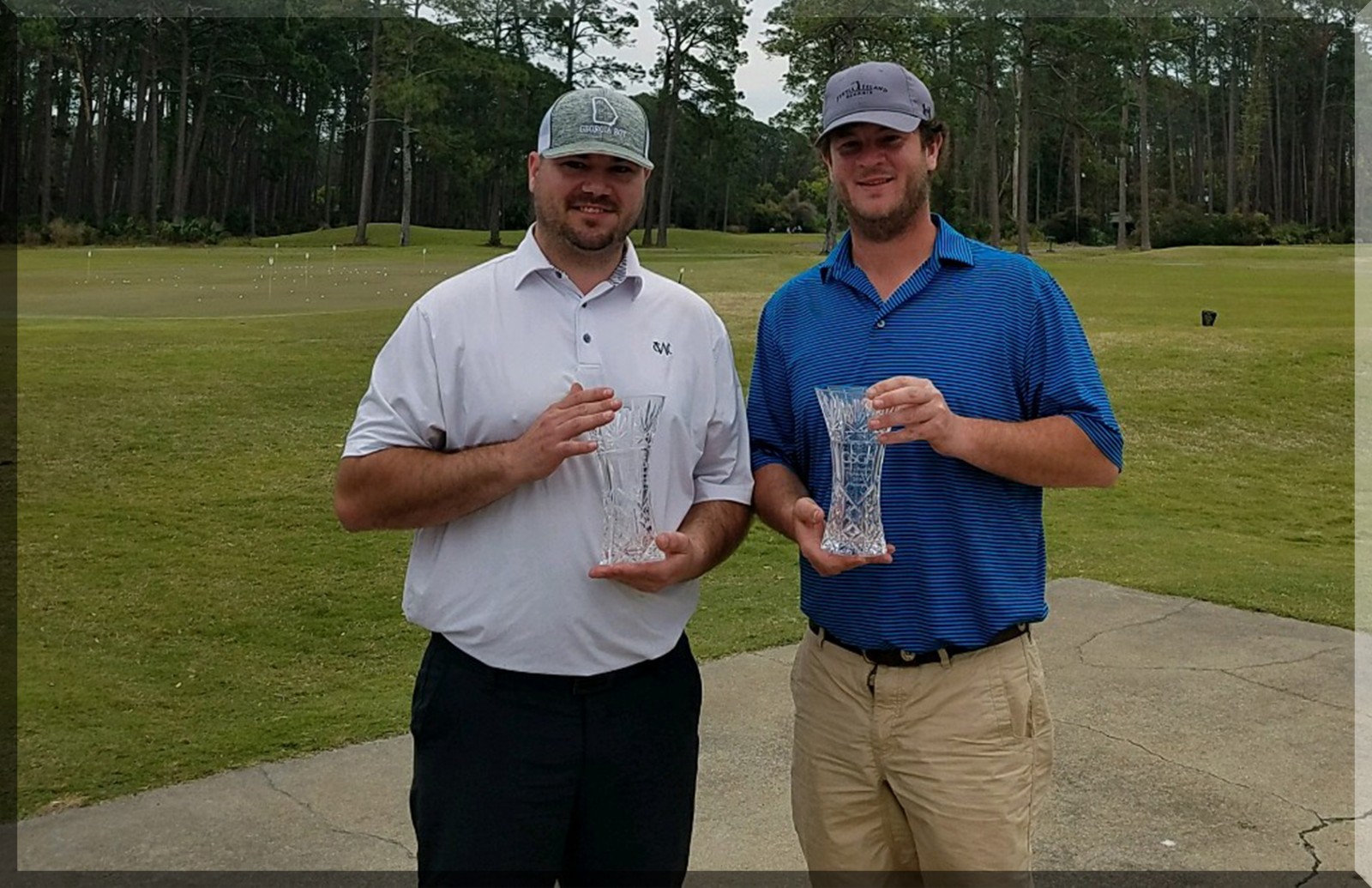 JEKYLL ISLAND, Ga. ---  The Waynesboro duo of Chris Mangieri and Daniel Mobley mounted a final round comeback to earn the title at the Georgia Four-Ball Tournament. The 30th edition of this event, which kicked off the GSGA's competition season, took place at Jekyll Island Golf Club, March 9-11.

Mangieri and Mobley, who were playing in flight one, combined for an 8-under-par 208 total score after posting rounds of (75-63-70) over the three-day tournament at the Pine Lakes Course. Three teams tied for runner-up honors; from the Championship flight it was Stephen Hall of Conyers and Marshall Moore of Covington who posted a three-day total of 7-under-par 209, as did the Dalton duo of Rob Neal and Joey Westmoreland. From flight one the Waynesboro team of Sim Bell and Paul Mangieri posted a 7-under-par 209. In flight two, it was George Akins of Ty Ty and Ricky Tucker of Tifton that ran away with the lead with a 5-over-par 221 (75,75,71) total score.

Playing on the Indian Mounds course on Jekyll Island, the flight three title went to Al Adcock of Woodstock and Terry Paul of Acworth after posting a three-day score of 2-under-par 214 (74-70-70). Charles Boyle of Atlanta teamed up with John Calvert of Stockbridge to capture the flight four title with a score of 4-over-par 220 (72,73,75). The fifth flight winners were Matthew Fryer of Marietta and Bruce Gaston of Woodstock who separated themselves during the final round to finish with a three-day total of 9-over-par 225 (78,77,70).
The Championship flight as well as flights one & two were played on the Pine Lakes Course. Flights three through five competed on the Indian Mounds Course.

The next stop on the GSGA circuit is the inaugural GSGA Mixed Team Championship, which will be held at Savannah Quarters Country Club, March 25-26.